Herschel set up an experiment in which sunlight was passed through a slit and then through a prism, forming a spectrum on his table. He arranged three thermometers in such a way that the central one could be placed at different points in the spectrum. The other two were positioned on either side, to act as controls. He discovered significant heating outside the red light, which is now known as infrared light.

We can now easily reproduce his experiment using a setup show as follows: 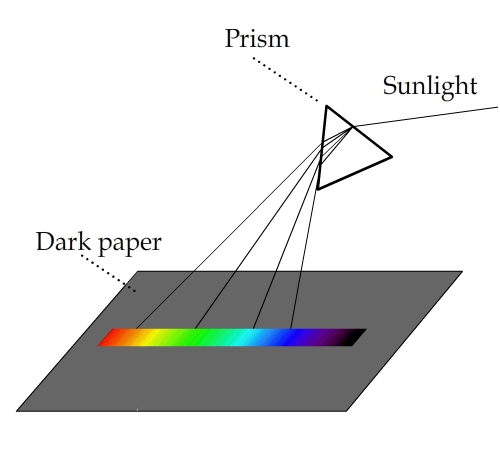 Use a prism to separate light of different colors through diffraction

We do not even need to use a slit to direct a light beam into a dark room or something like that. Instead, we can just do the experiment under the sun. The diffracted light from the prism will cause extra heating on the surface of the dark paper — in addition to the heating by the direct sunlight, as shown below in the thermal image on the right. 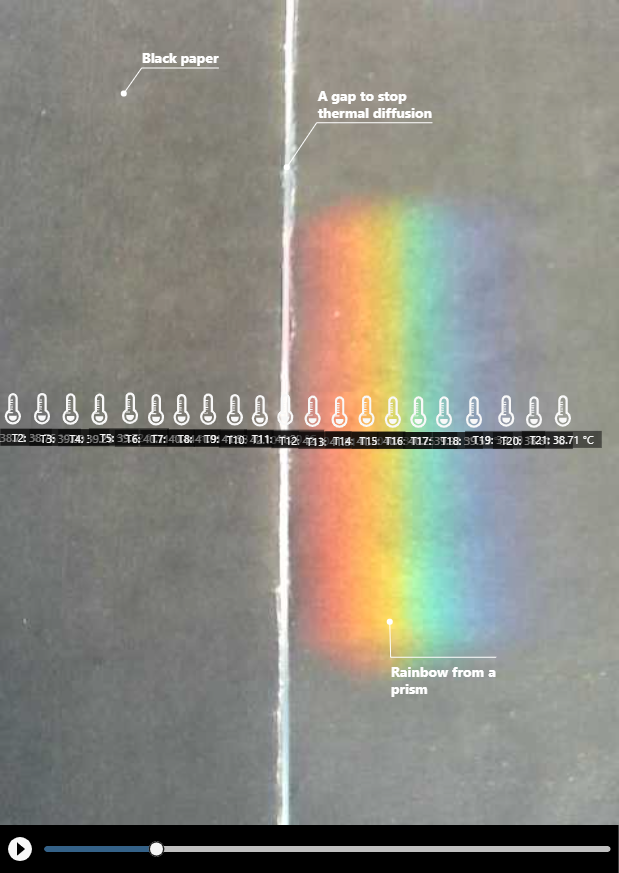 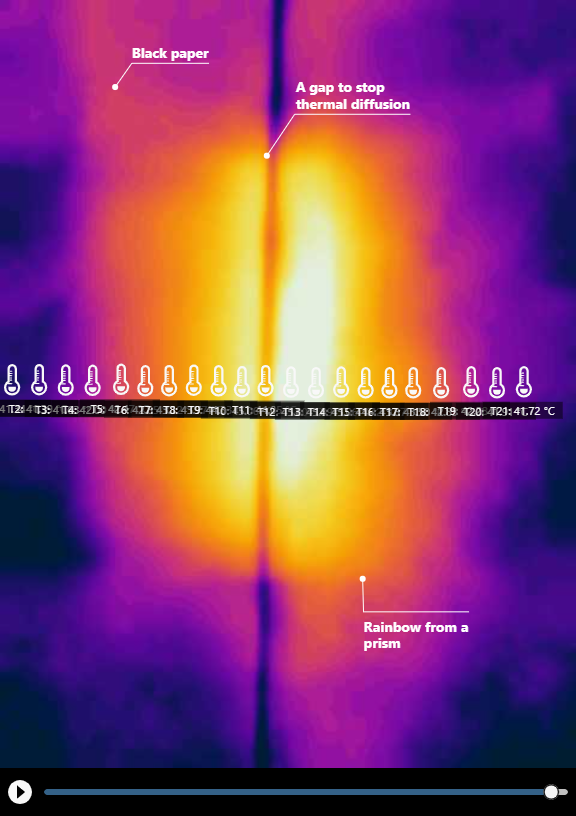 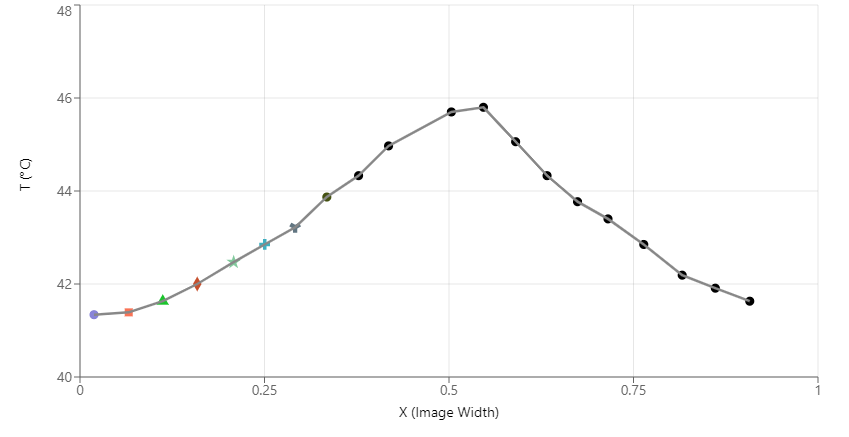 The temperature distribution in the horizontal direction

You may be wondering why there is a gap in our experiment as shown above (it is actually formed by two pieces of dark paper that do not touch each other). We deliberately created it for two reasons: 1) To ensure that the heat in the visible light area is not conducted through the paper to the infrared light area (so the rise of temperature can be solely attributed to the absorption of light — even though paper is not a good thermal conductor); and 2) To serve as a visual marker in the thermal image so that we can clearly see where the boundary between visible and infrared light is on the dark paper. The thermal image also confirms that the heat conduction was effectively impeded by the gap as it appears to be cooler than the adjacent areas.

It is also critically important to note that the wavelength of the infrared light that warms up the paper is mostly what is known as near infrared (NIR), as opposed to long-wave infrared (LWIR) that is what a thermal camera like FLIR ONE detects. The following image shows the locations of NIR and LWIR in the infrared spectrum. 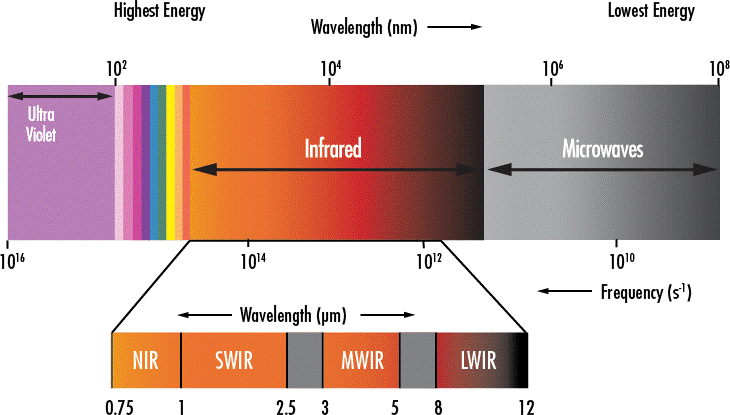 That is to say, although we use a thermal camera in this experiment, what the device detects (LWIR) has nothing to do with the infrared light (NIR) under investigation. What actually happens is that the dark paper absorbs the NIR light, which energizes its molecules. The molecules then emit LWIR thermal radiation that gets picked up by the thermal camera.

This experiment shows the incredible power of thermal imaging as a tool for scientific inquiry. While Herschel had only three thermometers to do his experiment, a thermal camera gives us tens of thousands of "thermometers." Through our Telelab platform, the experiment can be now be shared with anyone in the world — whether or not they have a thermal camera at their disposal — to rediscover what Herschel found more than 200 years ago!