How Accurate is Aladdin's Solar Simulation?

Solar simulations in Aladdin use a revised solar radiation model based on ray optics that also considers the effects of air mass, sky diffusion, ground reflection, and sky clearness from the weather data of the current location. The accuracy of solar simulations in Aladdin is directly responsible for the authenticity of the engineering projects that it supports. The authenticity provides a strong justification for replacing traditional prototype-based design activities with CAD-based design activities — while CAD-based activities remove some hands-on elements in prototype-based activities, accurate simulations in CAD can boost the fidelity and quality of the design work as a compensation. As an example, the following embedded Aladdin model allows you to compare the predicted and measured results of solar radiation intensity on a horizontal and vertical surface (south-facing). The default location is Tucson, Arizona, USA. But you can change it with the Map Tool.

Aladdin includes weather data from more than 800 locations worldwide. But we only provide sensor data for comparison for 150 locations in the US. The data source is the National Solar Radiation Database published by the National Renewable Energy Laboratory of the US Department of Energy.

Comparison between predicted and measured results of solar radiation

The following screenshots show the comparison between predicted and measured solar radiation intensities for four US locations. 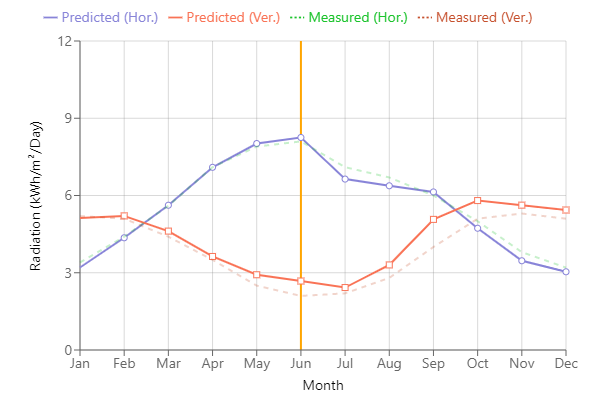 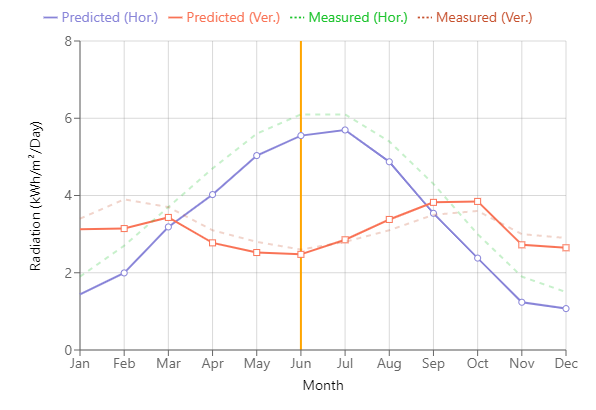 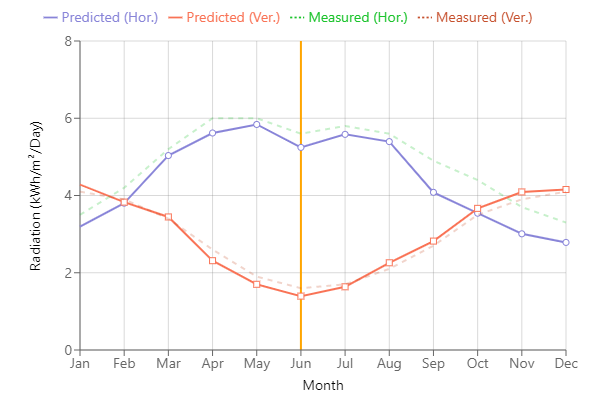 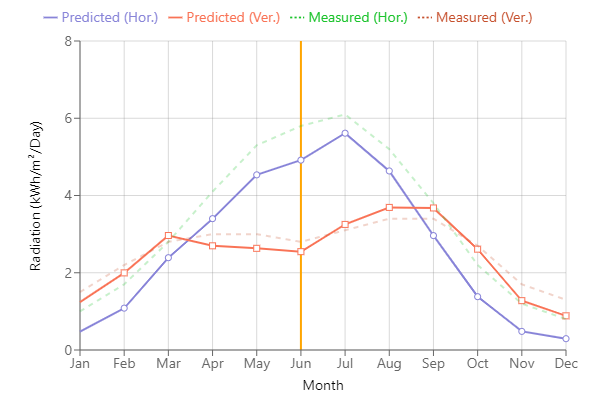 Independent validation by others

The validity of Aladdin's solar simulation was also confirmed independently by recent studies that used it to model both photovoltaic (PV) and concentrated solar power (CSP) plants in Muscat, Oman. According to the published studies [ 1, 2 ], the difference between the annual output of electricity of a solar farm predicted by Aladdin and the Global Solar Atlas (GSA) program developed by the World Bank is less than 7%, whereas the difference between the annual outputs of a solar farm with a fixed tilt angle and a solar farm driven by azimuth–altitude dual axis trackers predicted by Aladdin and PVWatts Calculator developed by the National Renewable Energy Laboratory are approximately 4% and 8%, respectively. Similar agreements between Aladdin and yet another simulation program, Photovoltaic Geographical Information System (PVGIS) developed by the Joint Research Centre of the European Commission, on the value for the optimal tilt angle of solar panels were also found.