Aladdin provides a rich set of visualization tools for analysis. If you are an Aladdin user, you probably have used graphs to display sensor data and energy outputs as a function of time or date. In this article, I will show you another tool — 3D heatmaps. This visualization tool is used to show the spatial distribution of a computed physical property on the surfaces of the elements in an Aladdin model. For instance, the solar radiation heatmap shows the total amount of solar radiation that strikes each unit area of the surfaces over the course of a selected day (unlike shadow that shows only the instantaneous irradiance).

In urban planning, solar access is the ability of a property such as a building or a field to receive sunlight without obstruction from surrounding objects. A solar radiation heatmap allows you to quickly examine the solar access of different surfaces in a cluster of buildings at different times of the year. 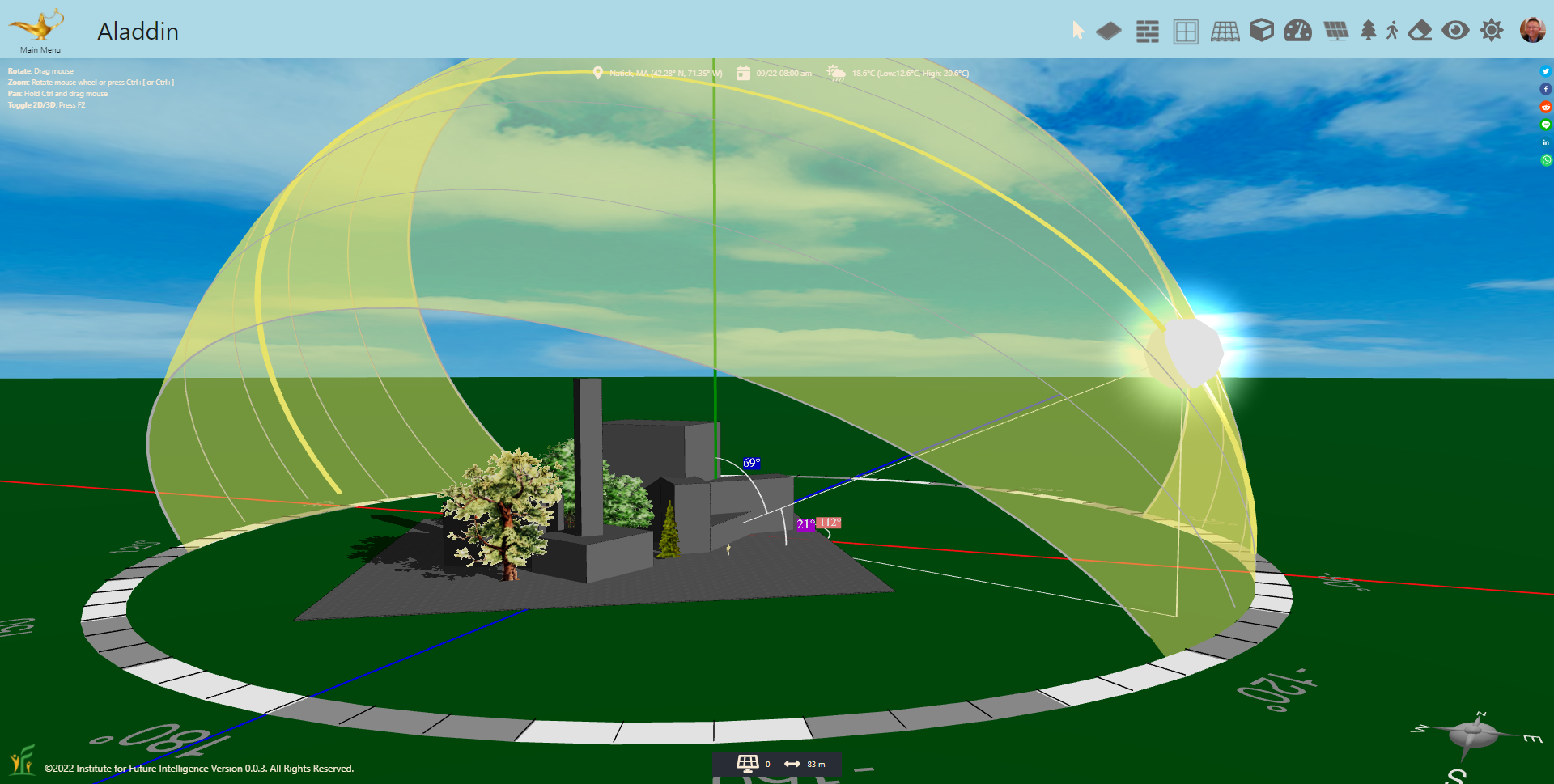 A cluster of buildings under the virtual heliodon

A live model is provided as follows for you to view and play with. To generate a solar radiation heatmap, use "Analysis > Physics > Daily Solar Radiation Heatmap" under the Main Menu. Note that this simulation may take a few seconds as this is a computationally intensive task.

In solar engineering, it is important to evaluate if one row of solar panels in an array would cast significant shadow on another that compromises the total output. This usually involves determining the optimal inter-row spacing so that the shadowing loss is minimized throughout the year.

Solar panel arrays: No shadowing loss in the fall

Solar panel arrays: Some shadowing loss in the winter