Exploring the Science of Boiling Point with Telelab

The boiling point of a substance is the temperature at which the vapor pressure of its liquid form equals the external pressure and the liquid transforms into a vapor. This process requires the input of latent heat to overcome the intermolecular forces in the liquid state. As a result, the liquid will stay at a constant temperature during the phase transition.

We published a few experiments about boiling point through Telelab. These experiments are easy to conduct anywhere, but users can conveniently explore them with the rich data that we provided. Note that the FLIR ONE Pro thermal camera we used does not seem to be able to detect temperature above 150°C in our case, despite the -20-400°C range promised in the specs.

Visualizing the Boiling Point of Water 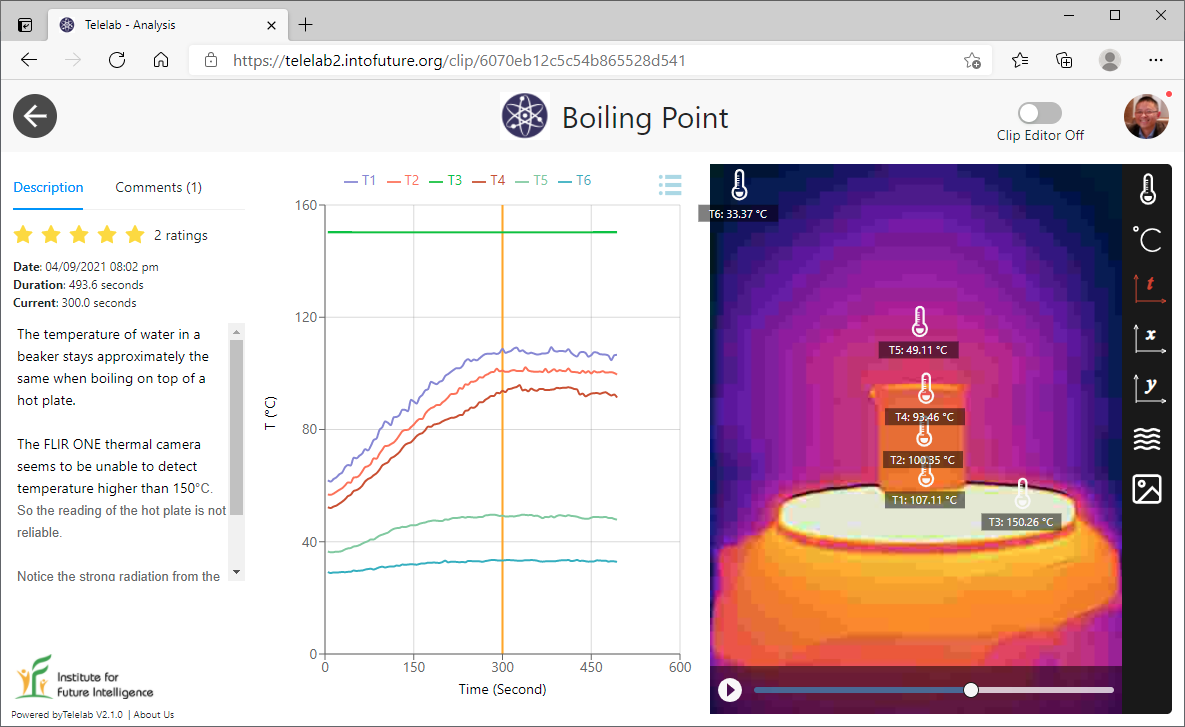 Temperatures did not continue to increase while the water was boiling.

In the second experiment, we filled two identical beakers with the same amount of water and then added some salt to one of them. When heated on a hot plate, the phenomenon of boiling point elevation was visualized. 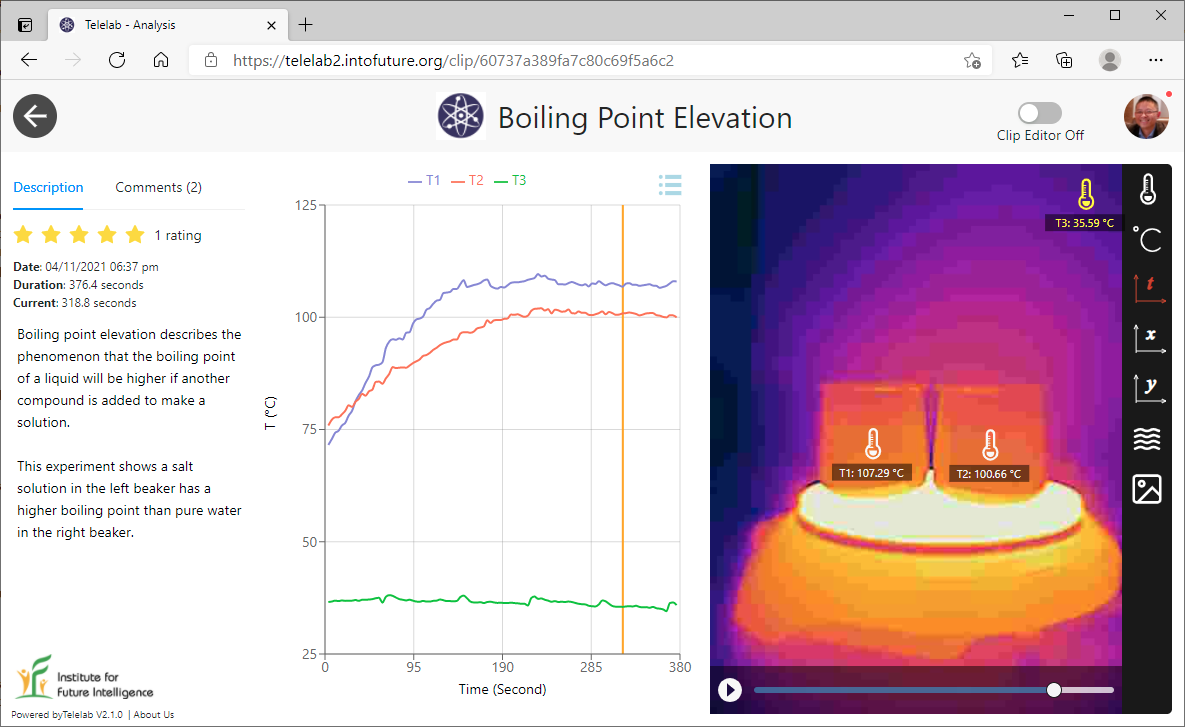 Comparing the Boiling Points of Water and Isopropyl Alcohol

In the third experiment, we filled two identical beakers with the same amount of water and isopropyl alcohol (90%). And then we heated them up on a hot plate to observe the difference in their boiling points. Isopropyl alcohol (rubbing alcohol) is a highly volatile substance that evaporates much more quickly than water, especially when boiled. 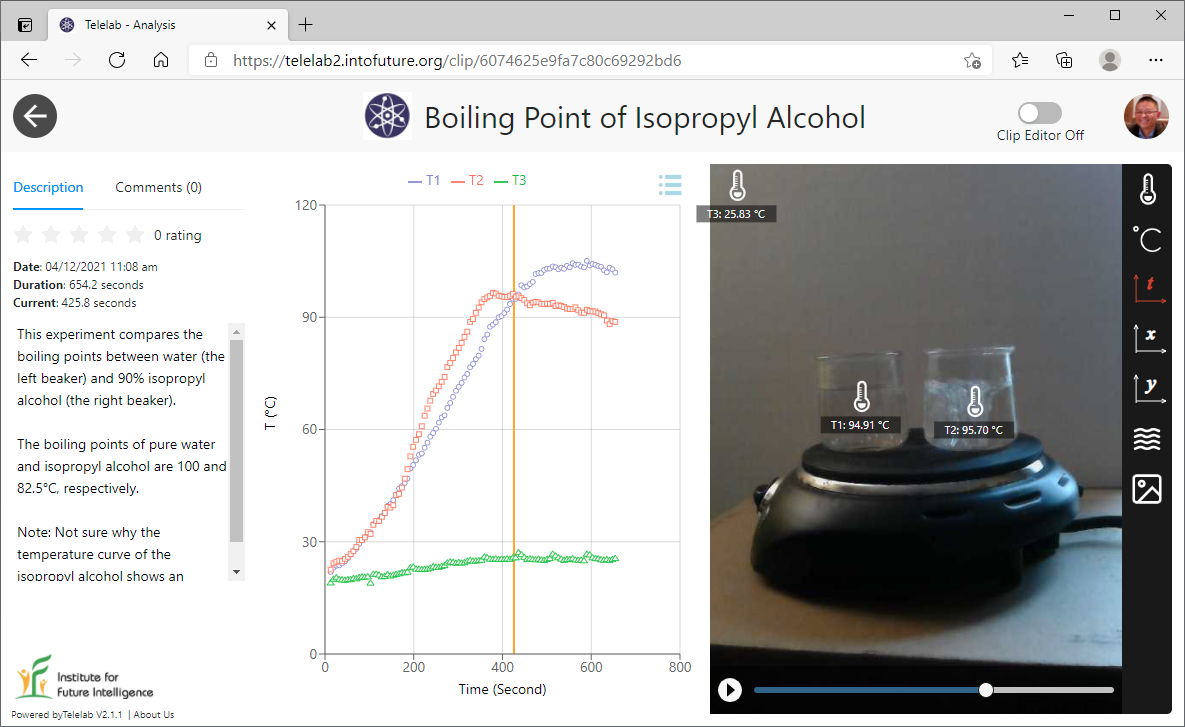 Isopropyl alcohol has a lower boiling point than water.


Back to Telelab home page