For example, the following is a simple control flow that shows "true" on a panel connected to a branch of a simple decision tree based on a value set by a slider. In this case, the value is the data and the tree is the control flow. The tree does not change the data but it controls how it is used. 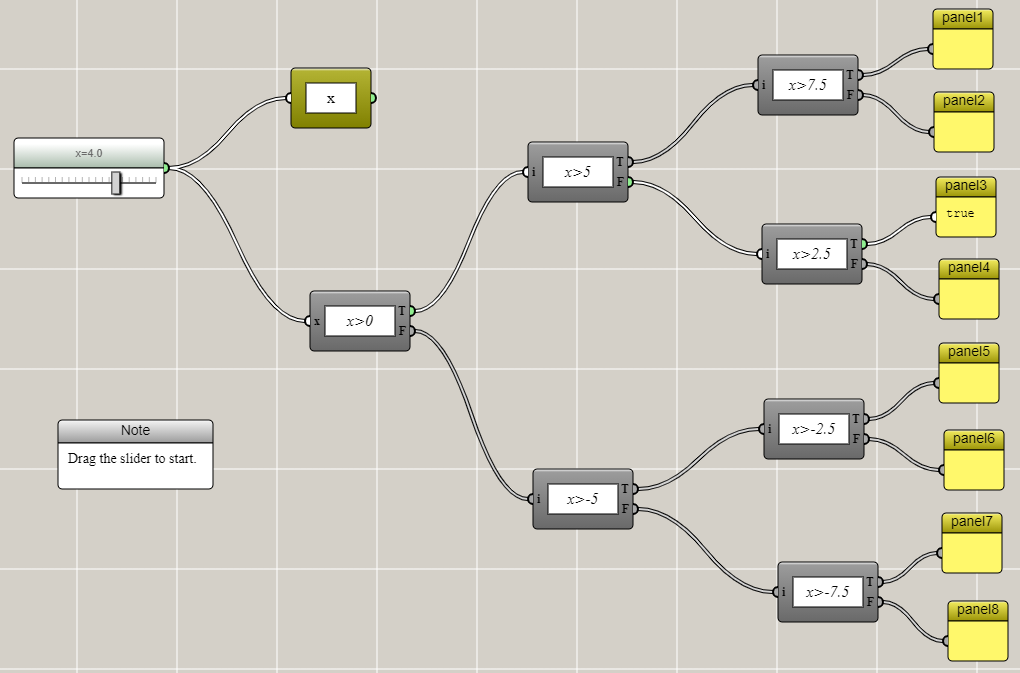 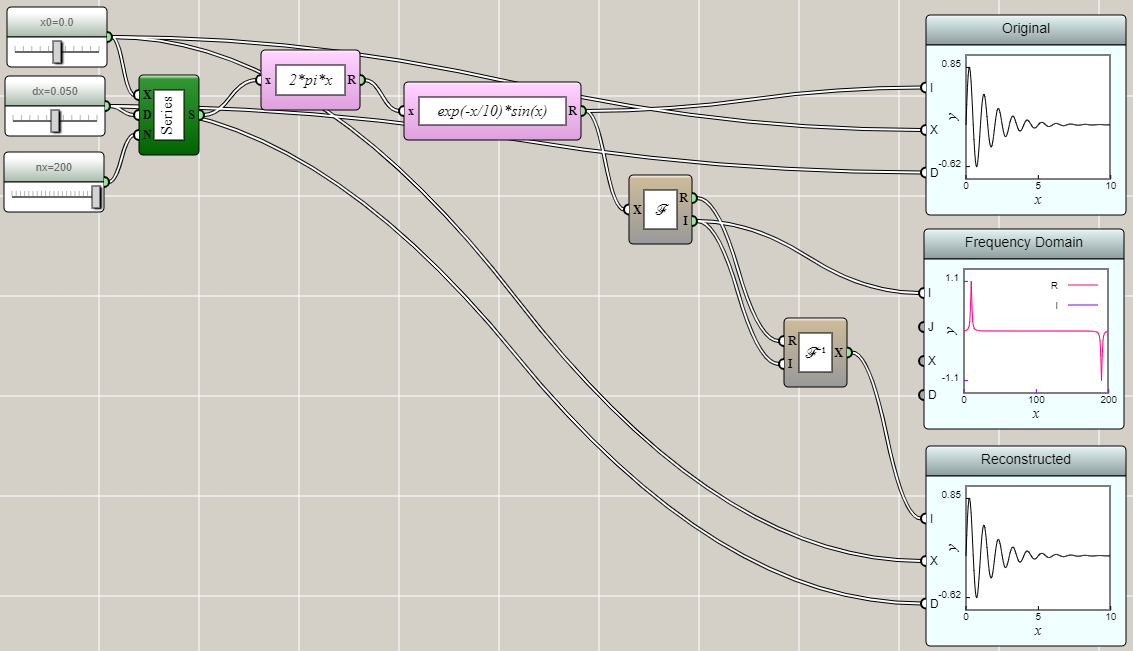 The following example shows an animation of the projectile motion as an application of mixing control and data flow. In this case, the data generated by a clock is transformed by a couple of equations based on Newton's Law. The flow is controlled by a turnout switch that decides whether the soccer ball has hit the ground. If so, the animation stops and the ball is reset to the original position so that the user can adjust the initial speed and angle of the ball to generate a different trajectory.


Back to iFlow home page