Latent heat is energy released or absorbed by a substance during a phase transition. Such a process may exhibit constant temperature even though the substance is heated or cooled by an external source. The temperature does not change as if the heat were hidden — hence the name.

This experiment, conducted by Rundong Jiang at the Institute for Future Intelligence, shows the comparison of temperature changes in three petri dishes containing 1) pure water, 2) table salt solution, and 3) baking soda solution. These dishes were initially placed into a freezer for some time such that the water and baking soda solution completely froze but the salt solution remained in the liquid state. The graph clearly shows the plateaus of "constant temperature" during the melting of the two solids. The experiment was conducted for more than 50 minutes with all the data streamed by the Infrared Explorer app to the Telelab platform such that it can be shared with anyone via the Internet. 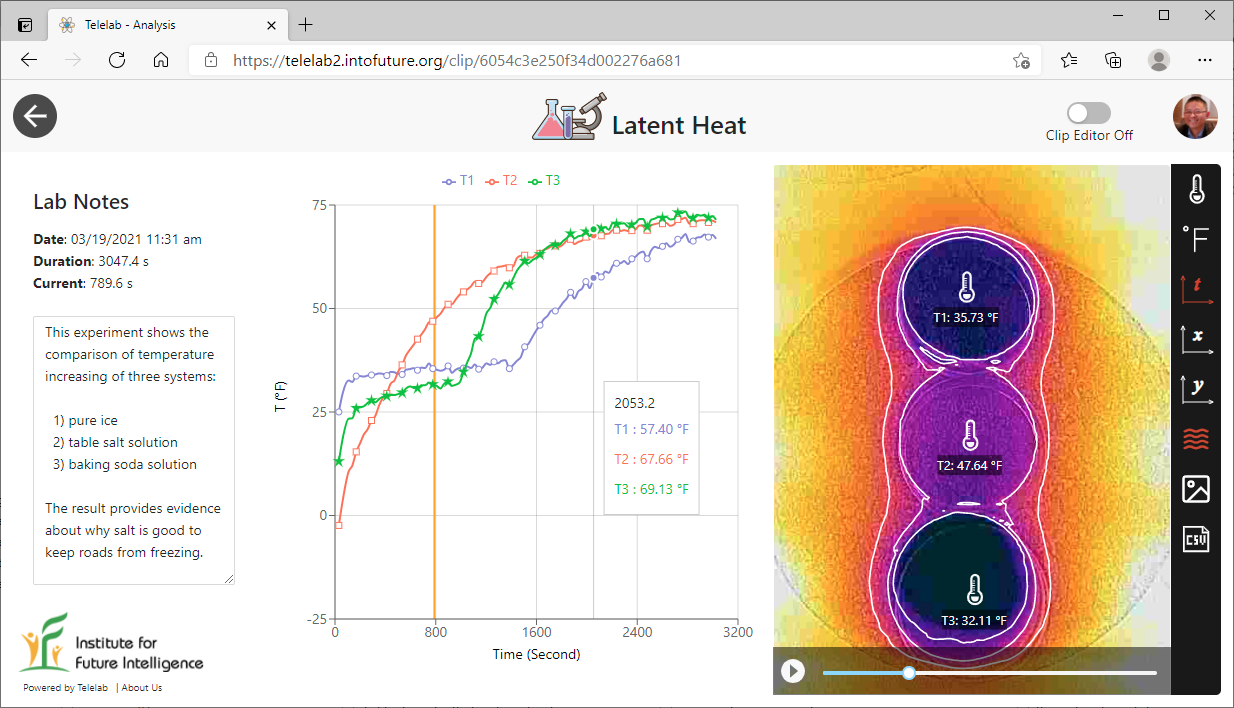 Plateaus in the temperature curves are typically observed during phase transitions


There are many intriguing details worth noting. First of all, it should be pointed out that, since the thermal camera used in this experiment measures only the surface temperatures, the temperatures corresponding to the plateaus were higher than the actual freezing point (32°F). This is because the surface layer started to melt when it first reached the melting point. But the layer maintained approximately the same temperature as the thermal energy was conducted inside to melt the bulk of the solid. Only after the entire solid was molten could the surface temperature start to rise.

Note that the initial surface temperatures of the three dishes appeared to be different, even though they were all taken out from the same freezer at the same time. Exactly why there were such differences is probably something interesting to investigate further.

Based on these results, we can conclude that salt is probably a better solution to keep roads from freezing than baking soda.